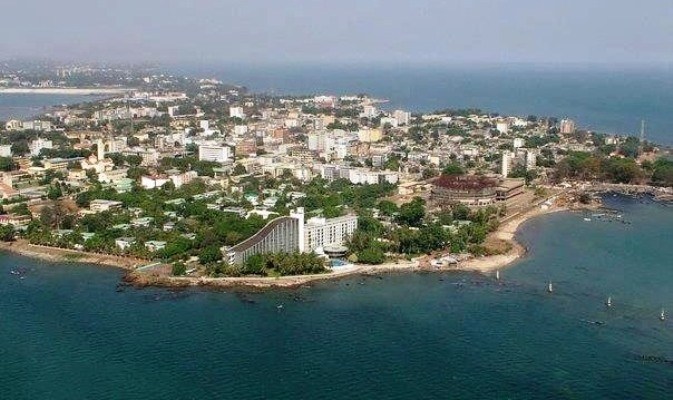 Conakry or Konakry is the capital and largest city of Guinea, a resource-rich but poorly developed nation in West Africa. A port on the Atlantic Ocean, Conakry is a crowded city, with multiple stalls selling bread, fruits, vegetables, fish, meat, poultry, wrought iron work, or clothing. Conakry is the nation’s educational center. There are also teacher-training, vocational, nursing, midwifery, and military schools. Conakry’s museum, library, and national archives were established in 1960; its botanical garden at Camayenne was founded by the French. Prominent structures in the city include the National Assembly building, the sports stadium (Stade du 28-Septembre), the monument to anticolonial martyrs, the central mosque, and the Roman Catholic cathedral. There are several distinct quarters, including the Centre, Boulbinet and Administrative sections.

According to Köppen climate classification, Conakr. Conakry features a wet season and a dry season. Like a good portion of West Africa, Conakry's dry season is influenced by the harmattan wind between December and April. As a result, relatively little precipitation falls in the city during these months. Unlike much of West Africa, Conakry's wet season sees an extraordinary amount of precipitation, averaging more than 1,100 mm both in July and August. As a result, Conakry averages nearly 3,800 mm (149 in.) of precipitation per year.

The best time to visit is November and December, after the rains and before the dusty harmattan winds, though the Fouta Djalon is at its greenest and best during the rainy season. April is very hot everywhere and is not a pleasant month to travel in Guinea.

Friday night is club night in Freetown. That means that Freetonians dress up and party until the sun rises and di corpoh don. Clubs vary from very fancy and expensive to sweaty and low-key, but one thing is certain; fun is always guaranteed. This top 5 list has selected clubs where Freetonians can be found to party hard.

This very chic place is in a league of its own, subtly styled in polished wood, soft fabrics, spotlighting and handmade furniture. And with a great sound system and good resident and visiting DJs to boot it's got.

Perched on stilts out in the water, this cute thatch-and-wood bar covered in fish skeleton decorations is a great place for a sunset drink. Whether the name will now change to Trump Club remains to be seen.

A chilled-out place from which to watch the sun sink into a murky Atlantic horizon as you nurse a sundowner drink or two.