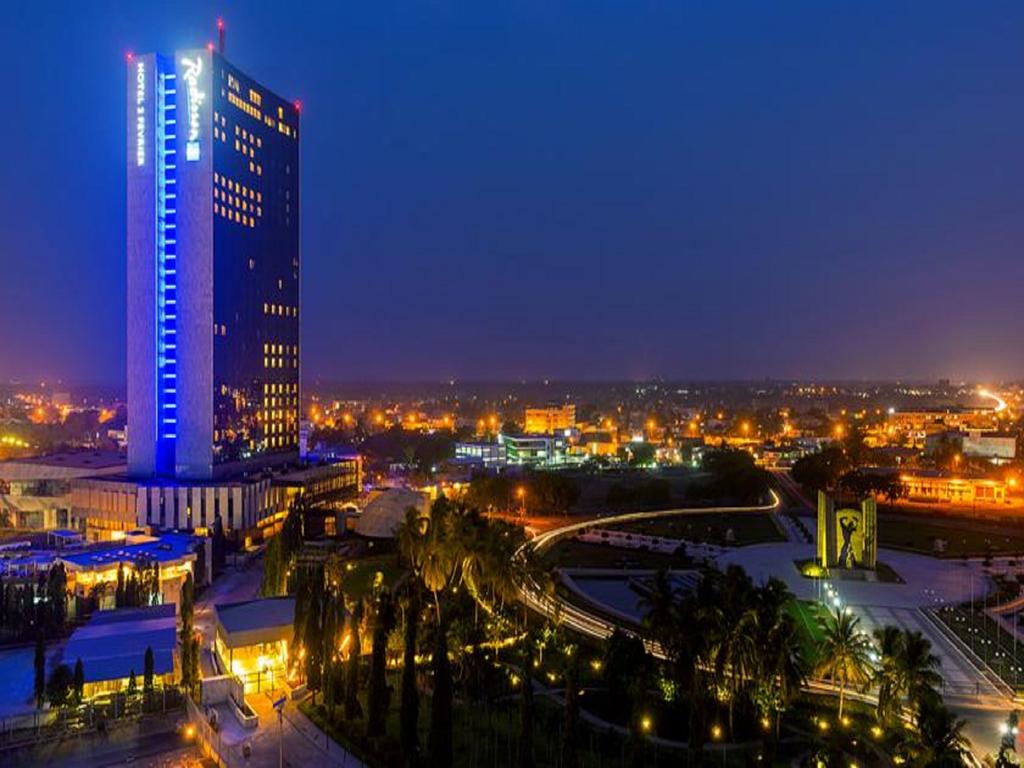 Lomé is the capital and largest city of Togo in West Africa also known as City of Beaches. Sitting on the Gulf of Guinea, the port city of Lomé serves a sliver of a country in West Africa. Famous for the friendliness of its people and the beauty of its countryside, Lomé is the perfect place to relax after exploring Togo's hills and forests. White beaches are lined with hotels, while the interior of the city offers a series of markets for avid shoppers. Visit the Grand Marche for colorful Togo fabrics or the Fetish Market, which sells protections from evil. The areas in the City are quite heterogeneous, combining opulent villas and modest housing, without social and spatial division of the city. Lomé is surrounded by a lagoon to the north, the Atlantic Ocean to the south, the village of Bè to the east and the border of Aflao.

Average temperatures in Lomé vary very little. Considering humidity, temperatures feel hot all year with a low chance of precipitation most of the year. The area is less temperate than some — in the 23rd percentile for pleasant weather compared to tourist destinations worldwide. The warmest time of year is generally early March where highs are regularly around 92°F (33.3°C) with temperatures rarely dropping below 79.4°F (26.3°C) at night.

Weeks with ideal weather are November 5th to April 15th & August 6th to September 9th. If you’re looking for the very warmest time to visit Lomé, the hottest months are March, April, and then February.

Lomé really comes alive at night, the local Loméians dressing to the nines and going out to the numerous bars and discothèques. Two of the best are Privilege, attached to the hotel Palm Beach and 7Clash, in Dekon on the Boulevard. For a more relaxed time, check out the beach close to the border with Ghana - seating is plentiful and, if you're lucky, the Castle Milk Stouts are pretty cold. Be sure to get off of the beach soon after nightfall, as it is easily the most dangerous part of the city. Local drinks can be found if you dig a little deeper. The local brew of choice is Tchouk, locally brewed millet beer. Other drinks are Deha - palm wine, and Sodabe - Togolese bathtub hooch - grain liquor that burns going down and coming back up.

When it comes to finding flights to Lomé that match your price range and itinerary, Royal Air Maroc UK gives you advantage of lowest rates on airfare and have leftover money to spare on your travel adventures. Book Royal Air Maroc cheap tickets and experience the ultimate luxury and comforts onboard! Find Royal Air Maroc flights online and save on airfares.